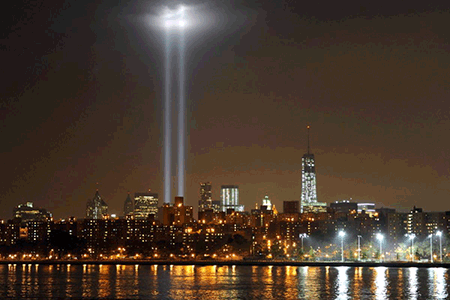 I was day-trading stocks at the time, so I had three monitors and CNBC on TV at my desk. It was there that I watched transfixed as the horrific day of infamy unfolded in real-time.

Personally, my life sucked. I was going through a divorce, moving a business to another location, and now I would soon receive confirmation I lost two friends who worked at the World Trade Center. I remember talking with friends in NYC days later and hearing their shocking eyewitness accounts of watching people jump to their deaths prior to the collapse of the towers. I felt myself spiraling into depression. Yeah me.

Having dinner with a psychiatrist friend a few weeks later, he noticed I did not seem right. And of course, coming from a psychology background I could tell through his questions he was checking off indications of severe depression. I was open and tried my best to be authentic and forthcoming. He told me that I was off the chart and pleaded that I start taking an antidepressant. I knew exactly what antidepressants would do, they would help take the “bad feelings” away and that was what my psychiatrist friend wanted for me, I knew that. I initially resisted, but in the end, accepted his prescription for Zoloft.

Two weeks into my prescription (it takes a while to get into your system) the medication took effect. The bad feelings were gone, I was able to work and function again, but it was more of a numbness. I didn’t feel the bad feelings, but I also realized I was not feeling a lot of the good feelings either. The kicker was I was having a “hard” time (pun) getting it up. Shit. Trust me, as a member of the “single, red-blooded male who likes sex” population, that was BIG. That was my turning point. I flushed the rest of the Zoloft down the toilet. I knew what I had to do. In reflection, that was the last prescription drug I have ever taken.

I launched into a physical workout schedule, started studying nutrition, personal development/self-awareness, and my spiritual journey. I have always been one to fly in the face of “You cannot do this”. My goal? Get back in excellent physical shape, create the best version of me possible, get back to my roots in counseling, and become a “Life Coach”. This was October 2001. I was at 6’5″, 280 lbs., not bad if you were sacking QB’s, but not good after you hang up your cleats. I gave myself until New Year 2002 to get down to my senior high school playing weight of 235. I lost the weight by Christmas. I celebrated by taking myself to Negril, Jamaica for my birthday in January. I had the best time of my life.

Yes, in the midst of the chaos/horror, 9/11 was a turning point for me.

My mother had passed away in ’05, my father moved in with me, and we had moved to Sunset Beach, NC. We were the “Odd Couple” but hell, we lived at the beach now, there was no whining for me. Pop was transitioning through the loss of his bride of 56 years, it was slow. I had started my web design company, NetInFused, and was also enjoying my new career as a professional life coach. We had a 3 bedroom condo, it was a Saturday, and were attending a party to meet my next-door neighbors.

That’s when I met Al. 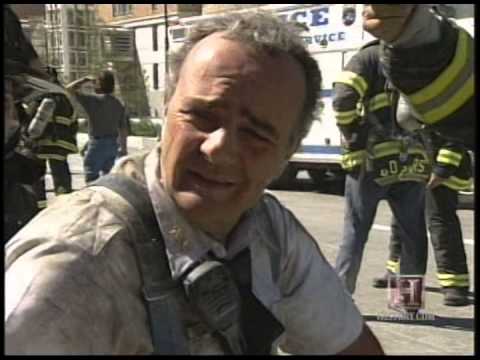 Al and his wife lived below me. I could tell by their accent they were New Yorkers, I love NYC. Al’s wife was a hoot, she took a liking to me, we connected. Al, on the other hand, was friendly, but very quiet. And the quiet was strange, I immediately sensed that Al had some deep unresolved pain. Oddly, it reminded me of postwar PTSD effects. I would soon realize that I was on target.

Al’s wife pulled me aside at the party. “Do you know who my husband is?” I said no.  “My husband is Albert Turi, Deputy Assistant Chief (F.D.N.Y.). He was at ground zero during 9/11. He lost 343 men that day. This coming Monday will be the 5th anniversary, Al is having a really hard time.” I thanked her for sharing the information. I was instantly taken back to that day.  I felt his pain, I felt my pain. I remembered my turning point. Al and I did not talk anymore that Saturday.

I walked outside my condo sometime during the day and noticed Al walking. We greeted each other and then I put my arm around him and said:

“Al, I feel your pain. I lost two friends at the WTC. I am sorry for the magnitude of your loss. Thank you for your service and incredible bravery five years ago. You are my hero.”

Later, Al would share with me things that I could not fathom about that day. He was there, one of the first to arrive, was in the basement, heard explosions, and witnessed both collapses. He shared with me some deep shit. I will never forget it. I was emotionally and physically moved. We cried together.

After that, I never took LIFE for granted again. A few months later, Al and his wife left the beach and moved back to NYC. I lost touch with him, but will always remember our moments together.

Close to 3,000 people died in the World Trade Center and its vicinity, including a staggering 343 firefighters and paramedics, 23 New York City police officers and 37 Port Authority police officers who were struggling to complete an evacuation of the buildings and save the office workers trapped on higher floors.

9/11/2001
A Turning Point in LIFE.
Live and Love, like there is no tomorrow.
Utmost honor and respect, forever.

This site uses Akismet to reduce spam. Learn how your comment data is processed.